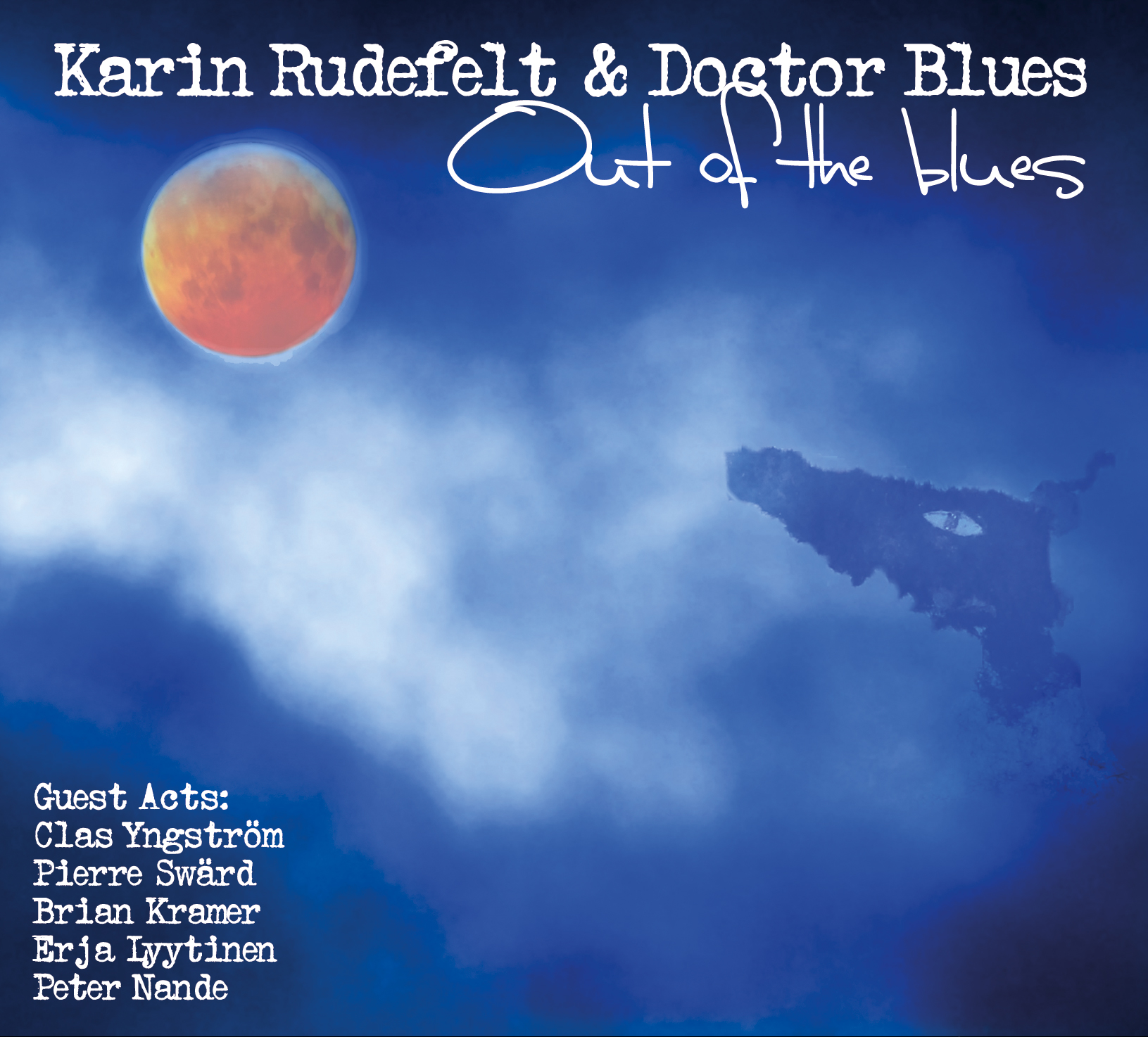 This is what the German press wrote about the bands visit to the German blues scene in 2015:

“The magnificent singer Karin Rudefelt and Doctor Blues accounted for a completely new form of the blues; vibrant, innovative and unconventional. A charismatic band with international status. ”
Neue Press Kronach in Franke – Germany

…A description that fits very well with the band’s ambition. Karin Rudefelt & Doctor Blues do blues music with influences coming from so many directions that it really is an oversimplification to call this a blues band. The blues is more a starting point than a boundary that must not be crossed. In other words; blues puritans be warned – this is something else. Karin Rudefelt & Doctor Blues is choosing view points and themes from contemporary events and trends. However, the roots are, no doubt, firmly planted in the traditional blues soil.

The album title “OUT OF THE BLUES” signals that the music springs from the blues, but seeks its own path in the borderland of the blues. A borderland between past and present, man and woman, society and individual, love and hate, life and death, soul and physics. It describes what comes out of the intimate relationship between personal development and the encounter with life itself.